Had such a wonderful Valentine’s day venturing around the nature coast!

Was pleasantly surprised to hear that there was a “seafood festival” going on in Steinhatchee and jumped for joy when we decided to take the 4 hour road trip there on V-Day!  After a stressful few weeks of renovating the cottage to get me moved in, we both needed a break and was ready to drive to the ends of the earth to get there.

I’m glad we took our time along the way to stop and see Cedar Key which was such a pleasant and quaint looking sea town that I’d love to visit again in the future.  Even got to see a plane take off right above our car as the road we took led right under the local air strip.

Though the Fiddler Crab Festival seemed to be a hit with the locals, we were not too impressed since most of it was just flea market style booths and fair food with a few hidden seafood spots.  We tried the coconut shrimp which was delicious and attempted to get the “Grouper” but kept getting some sort of mystery meat which he thinks was gator meat even after returning it like twice!  But I can’t complain because it was a nice day and got us out in the open.  And we had plenty of more places to stop on the way home.

I wish I would have taken a picture of the Shell Mound view as it was pretty cool, but I forgot.  However, I was able to coerce him into letting me take ridiculous pics at Manatee Springs that we decided to visit since it was once part of the Hardee family’s plantation (Pine Hill). The springs were full and not any manatees in sight, but the water was calm and you could hear the silence of nature around you.  I loved it!

Handstands on the Boardwalk too!

Handstands on the Dock!

Such a beautiful sunset to watch

On the way back, we stopped into Crackers Bar & Grill in Crystal River and I engulfed as many oysters as I could from the long day of walking and driving.  I honestly could not have asked for a better Valentine’s day.  Though many like to dress up, spend lots of money and receive unneeded gifts, this adventure was a million times more meaningful to me {though I can always appreciate chocolates 😉 😉 }  We drove into the night headed down the west coast blaring and singing Hooked on a Feeling and I couldn’t agree more, I am totally hooked on this feeling 💝

Hooked On a Feeling by Blue Swede appears on the Guardians of the Galaxy Soundtrack linked below. 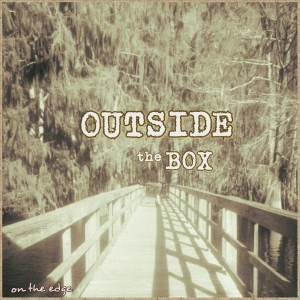